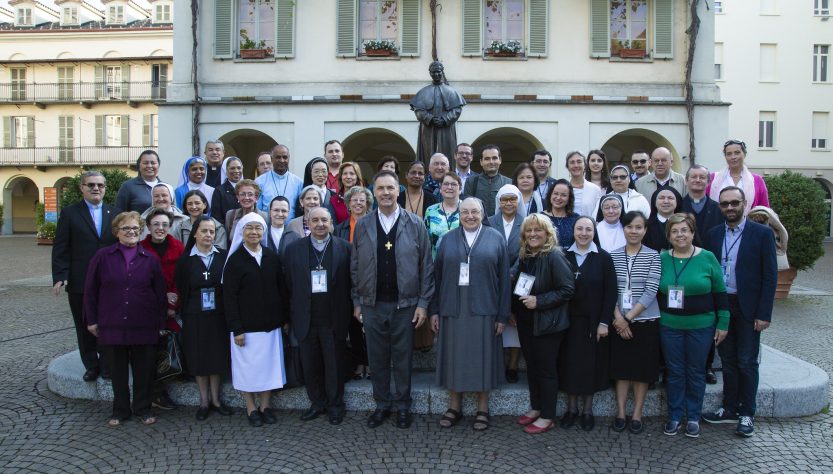 Reading and meditation on the Word of God, Monday of the 11th week in ordinary time

Reading is delivered by Mayolisia Ekayanti from the Church of Santa Anna Duren Sawit Jakarta, Indonesia; and meditation delivered by Brother Sevrin, SDB from the Salesian Theological School in Manila, Philippines.

The reading is taken from the holy Gospel according to Matthew (5: 38-42)

Jesus said to his disciples:
“You have heard that it was said,
An eye for an eye and a tooth for a tooth.
But I say to you, offer no resistance to one who is evil.
When someone strikes you on your right cheek,
turn the other one to him as well.
If anyone wants to go to law with you over your tunic,
hand him your cloak as well.
Should anyone press you into service for one mile,
go with him for two miles.
Give to the one who asks of you,
and do not turn your back on one who wants to borrow.”

Our meditation today has the theme: Repaying With Love. The law of love taught and offered to us by Jesus Christ is the principle rule in Christian life. We practice it through repaying evil and violence with love. Jesus Chris gives us his own example. When he was hanging on the cross in the story of His passion, He forgave those who had killed Him the innocent victim.

The Blessed Virgin Mary, martyrs and saints like St. John Paul II also give us the same example. The virtues like understanding, patience, fortitude, forgiveness, and love are some examples of what the followers of Christ are expected to do, as their response to the people who cause them trouble, and who persecute, humiliate, or kill them.

There was an elementary school boy who attended a school relatively near to the place where his family lived. It was a public school. He was the only student with different cultural, racial and religion from the majority that was practically the same religion. Every day he was the target of bullying and unfair treatments from his friends. However, this boy was given much support by the teachers and his own parents. After much patience and endurance, he was finally able to overcome that problem. He kept doing good to his friends by sharing his intelligence to them. He was always a helper when needed. He would willingly to lead the group to work together homework, and he frequently prayed for them.

Gradually he himself saw the outcome. All his efforts have changed the behavior of his friends toward him. All eventually became his good friends. Everything was changed completely when at the start of the school year, he was appointed the class president. All his friends and teachers were happy and all supported him. The friends surely listened and respected him. He had actually won the hearts of those who were previously hostile to him. This boy hasreally practiced the teachings of the Lord Jesus Christ about repaying evil and sins with love.

Love is the golden rule of Jesus Christ and it’s our new covenant. This law is the permanent opponent of the old law, namely revenge, hatred, violence, and death. This old law is symbolized by the expression from the scriptures that say: “an eye for an eye, a tooth for a tooth”. Let’s take an example from the scripture. An evil intention and action can be seen in the king Ahab and his wife Jezebel, who stole the vineyard of Naboth the Israelite, which resulted in Naboth being stoned to death. Jesus Christ was actually an unjust victim of those who lived by the old law.

However, the nature of the new law is to repay evil and violence with love as what Jesus had done to his enemies. If Jesus had done the otherwise, today we may not see goodness, truth and peace. Love is powerful and always true, so it always overcomes evil and sin.