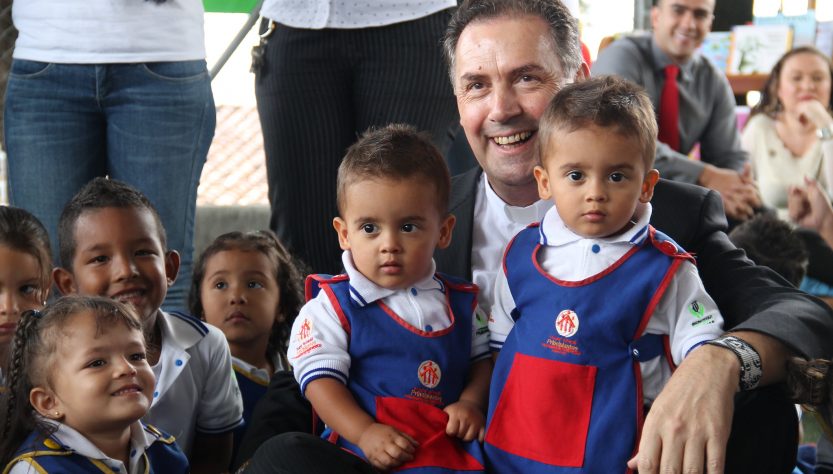 Reading and meditation on the Word of God , Thursday of the 10th week in ordinary time

Reading is delivered by Theodore Joseph Witanto and meditation delivered by Hadi Witanto, from the Church of Santo Yohanes Bosco in Jakarta, Indonesia.

The reading is taken from the Holy Gospel according to Matthew (5: 20-26)

Jesus said to his disciples:
“I tell you, unless your righteousness surpasses that
of the scribes and Pharisees,
you will not enter into the Kingdom of heaven.

“You have heard that it was said to your ancestors,
You shall not kill; and whoever kills will be liable to judgment.
But I say to you, whoever is angry with his brother
will be liable to judgment,
and whoever says to his brother,
Raqa, will be answerable to the Sanhedrin,
and whoever says, ‘You fool,’ will be liable to fiery Gehenna.
Therefore, if you bring your gift to the altar,
and there recall that your brother
has anything against you,
leave your gift there at the altar,
go first and be reconciled with your brother,
and then come and offer your gift.
Settle with your opponent quickly while on the way to court with him.
Otherwise your opponent will hand you over to the judge,
and the judge will hand you over to the guard,
and you will be thrown into prison.
Amen, I say to you,
you will not be released until you have paid the last penny.”

The theme for our meditation today is: Remove Barriers. In a particular celebration of the Holy Mass in the church where it was full with people, during the consecration there was a small commotion at the back. There was a little boy crying because his mother couldn’t sit him on her shoulders, something that his father used to do. On that Sunday his father was unable to come for the Mass because he had some works outside the city.

This boy usually joins his father and mother in the Holy Mass. He sometimes sits on the bench, but he can also play with his toys and sometimes he puts colors to the pictures. At the time of the consecration, he was brought up to his father’s shoulders and he was so happy to look at the Lord Jesus on the altar held on high by the priest. Too bad, in that particular Mass he couldn’t look at Jesus because his mother couldn’t bear to put him on her shoulders. Many people were standing around him surely became the barriers that prevented him to see the Lord. His reaction for sure was crying and protesting.

Barriers of any kind must be removed so that we can have the freedom to see and experience the presence of God. Saint Paul speaks about this by using the illustration of the veil that covered people’s hearts when they read the book of Moses, but were unable to meet the Lord God. There was certain barrier that prevented them, namely their hardness of heart and blindness of faith.

Barriers are in principle created by men and women. Laziness and boredom often become  like thick cement walls that prevent us from contacting God. Lazy and boring people seem to enjoy sleeping or doing something unusual next to the wall, whereas on the other side there is the Lord watching over them. This type of people just needs to be invited and persuaded or given understanding to become excited again in their lives.

Anger, hatred, revenge and hardness of heart are like steel walls that cannot be penetrated. People of this type can be found among us. To them, Jesus commands that they should resolve first the problem faced and be reconciled with those involved in anger or hatred, so that when they return to the Lord to continue their prayer or worship, there would be no more barriers to prevent them in contact with the Lord. People of this type are to be transformed not enough by invitation or persuasion. Instead, they should be given direct and strong rebuke like what Jesus had done, because such kind is unworthy to meet God.

Other people or things outside ourselves are not first of all the barriers for us to meet God. For example, you are not allowed to go to the church to pray, but you can still have opportunities to be in contact with the Lord not by being present in the church. And so, to remove the barriers is primarily the work within ourselves.